Myhrtoolkit acknowledges the increase in companies recognising non-binary gender preferences. The system provides features to support this, chiefly through gender neutral text, a variety of default titles, and customisable gender references for users.

The genders configured in the system are listed. The defaults are ‘Female,’ ‘Male,’ and ‘Not set.’ 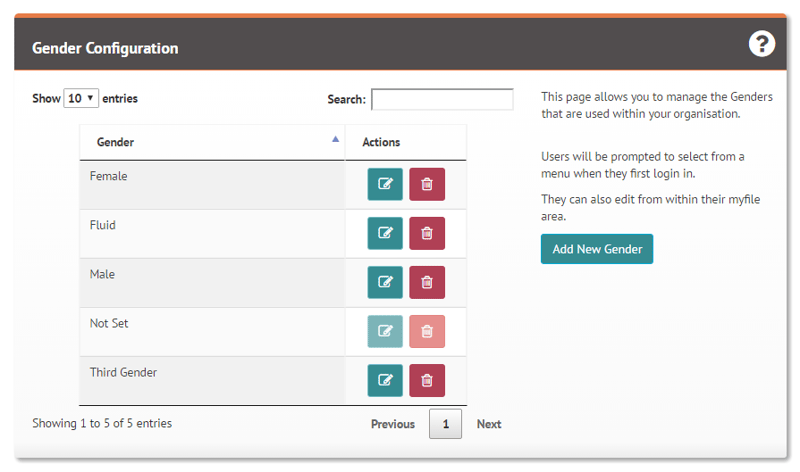 To add additional genders in line with how your users identify themselves, click the ‘Add new gender’

Editing and removing genders are done via the buttons to the right of each line.

Note – When a gender is removed, any users with that assignation will be returned to ‘Not Set.’

The Gender category can be added via the upload spreadsheet; both at initial set up and once live via import new employees. Gender appears on the upload instruction sheet as item 4.

Note – You cannot go live without a gender, but once live, users can be added via the upload sheet without gender. A user without gender set shows as a ‘Not Set’ in the drop-down menus.

Setting up and editing gender and title

After going live, gender and title are set up using the New Employee Wizard. 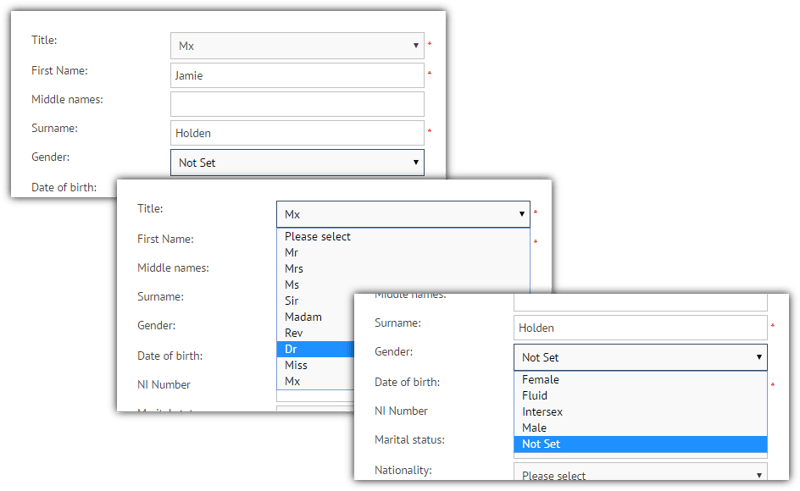 When gender and title need editing after that, use either of the following functions:

The Gender Report will show the breakdown of genders within your organisation.