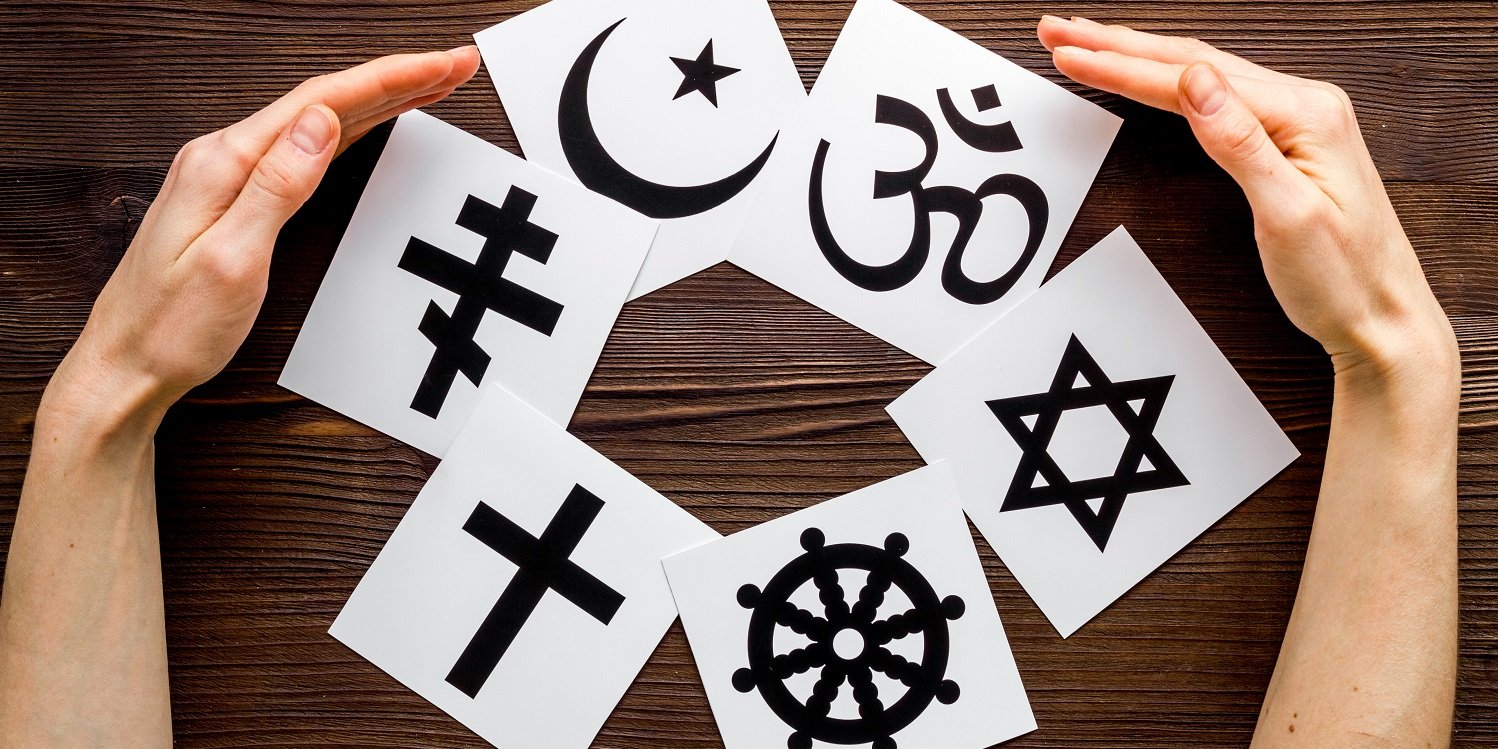 December is a very holy month, as religious groups celebrate Advent and Christmas, Hannukah, Bodhi (Buddhism), and Asara b’Tevet (Judaism), amongst others. It seems timely, therefore, to consider the impact of religious discrimination in the workplace.

Religion (or wider belief) related discrimination is one of 9 protected characteristics under the Equality Act 2010. It receives less coverage than other protected characteristics, such as race, sex, and sexual orientation. It is no less important in practice, however, with a survey in 2018 recording that over 1 million people (so approximately 3% of employees) have experienced discrimination because of their religion or belief (ComRes Survey April 2017). Discrimination occurs when a person is treated less favourably than another person and that discrimination is on grounds of either religion or philosophical belief. The focus of this blog is on religion specifically.

The definition of religious belief under the Equality Act 2010 goes further than the term “religion”. Religion in this statutory context means any religion (including a lack of religion). This includes (but is not limited to) the Baha’i faith, Buddhism, Christianity, Hinduism, Islam, Jainism, Judaism, Rastafarianism, Sikhism, and Zoroastrianism. It recognizes that beliefs vary from person to person within the same religion. The intention of the legislation is to protect those who are discriminated against because of specific religious beliefs, as opposed to their religion in general.

So, what is religious discrimination at work?

Direct discrimination occurs where an employee is discriminated against because of their religion, perceived religion, or the religion of someone they associate with. The employer can be liable even if their belief is mistaken. For example, if the employer treats an employee unfavourably because it believes them to be Muslim whilst they are in fact a Sikh. Motivation is irrelevant and it is not possible for the employer to justify such conduct.

Indirect discrimination occurs where the employer operates a policy which on the face of it has nothing to do with religion but in practice the effect is to disadvantage those with a particular practice or belief. An example would be the requirement that all staff must be clean shaven. Such a policy may be objectively justified, for example, on grounds of food hygiene.

The onus is on the employer to prove that discrimination is a proportionate means of achieving a legitimate aim. There are also some specific situations in which religious discrimination is allowed, for example if someone from a specific religion is needed to promote the welfare of youngsters within that religion.

Finally, discrimination on grounds of harassment and victimisation related to religion are also prohibited. This is potentially far reaching; for example, a non-religious employee can potentially claim under this heading if they have been offended by the harassment of a religious colleague.

Examples of religious discrimination at work

There are several examples of potential religious discrimination in the workplace. These could be as obvious as selecting an employee for redundancy, subjecting them to unfair disciplinary action, or advertising for job applicants of one religion only. Often, the potential discrimination may be more subtle but still unlawful. Examples include rigid dress policies such as requiring women to wear certain items of clothing, a prohibition on wearing sacred items such as a Kara or crucifix, and inflexible policies on working arrangements and extended holiday leave.

The legal ramifications of religious discrimination 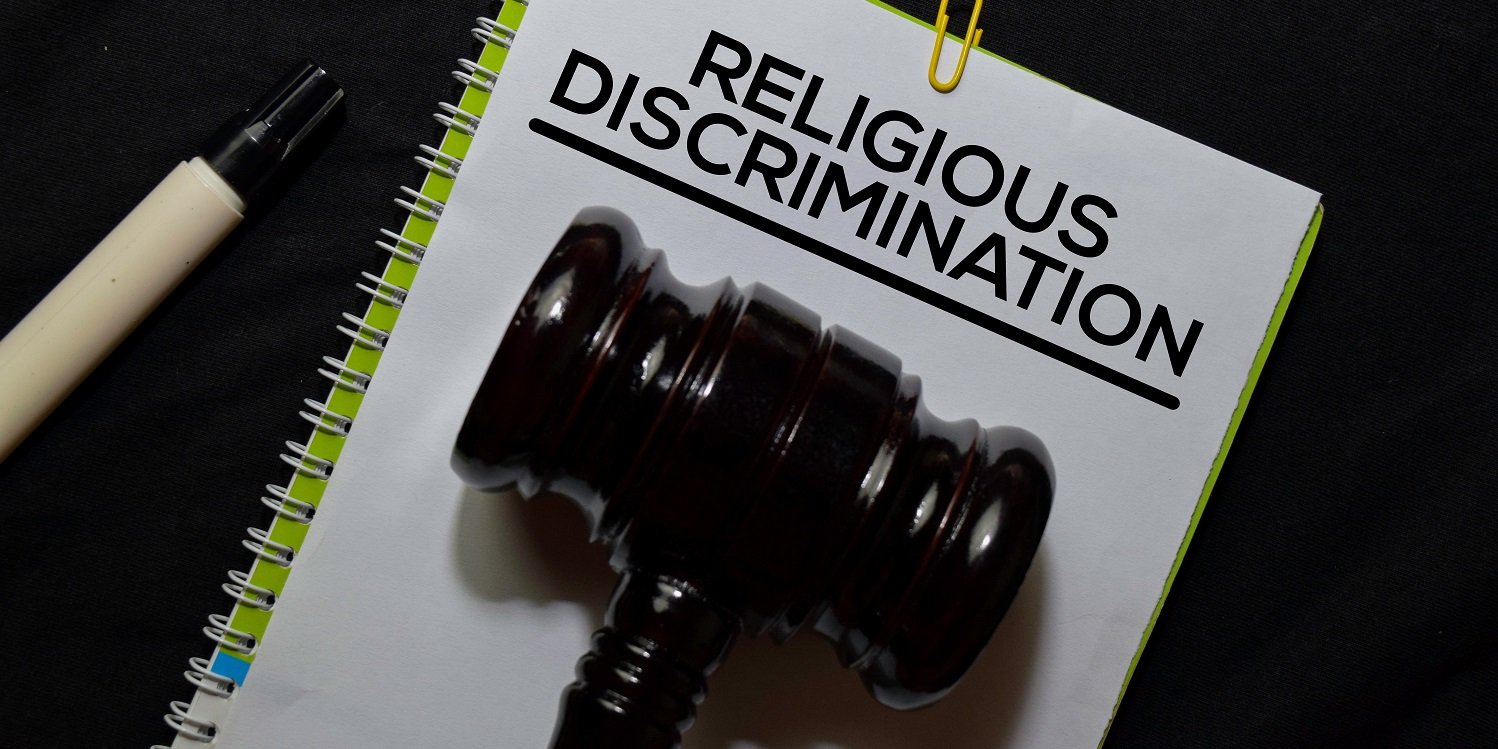 The legal ramifications for employers are serious. Liability for religious discrimination usually lies with the employer and/or any other employee who is found to have discriminated. Employers will be liable for the discriminatory acts of employees where those employees are acting in the course of employment. There is no minimum service requirement for claims and both short-serving individuals and job applicants are protected under the legislation. Compensation for unlawful discrimination is unlimited and includes specific damages for injury to feelings.

In practice, employers will rarely concede that the alleged discriminatory conduct is anything to do with religion. The Employment Tribunal will decide whether the real reason for different or unfair treatment was religion (and/or belief). The practical difficulties inherent in this process are demonstrated by the small amount of formal case law in this area.

In the case of Moshin v Virgin Trains 2004, Moshin alleged that he was unfairly dismissed and discriminated against on grounds of his religion. Moshin asserted that he was repeatedly told to spurn his Muslim faith and cut his beard short. In this case, the Employment Tribunal accepted the employer’s argument that the real reason for his dismissal was poor performance.

In contrast to this, in 2005 Mohammed Sajwak Khan successfully argued that he had been discriminated against when he was dismissed following a six-week extended holiday to do the Haj to Mecca. Mr. Khan attempted on several occasions to utilise his employer’s holiday booking procedures, but his requests were repeatedly ignored. When he took the time off anyway, he was suspended on his return and later dismissed. This case is not authority for the proposition that employers are obligated to always agree with such requests. It does emphasize the need to have and operate a formal approach to dealing with such requests to ensure consistent treatment.

So, what are the action points for employers? Updated and inclusive policies are a fair starting point; however, employers should also implement regular and targeted training for colleagues and managers. Sense checking new or amended employment policies for potential religious discrimination issues could also save time and money, as well as providing the business the benefits of improving workplace harmony and inclusion.

How to prevent discrimination in your business

What’s the line between workplace banter and discrimination?